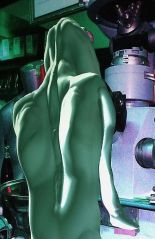 Naturally, as a science fiction writer, I would love to be nominated for a Hugo Award. I shamelessly feel that one of my 2013 stories, “Worlds Less Traveled,” published July 12 ,2013, by Perihelion Science Fiction, is worth considering. But, of course, members are not supposed to nominate their own work. So if you are (or become) a WSFS member, please consider the piece. It is a short story (just under 3,000 words), and is an unusual, fun tale that can be appreciated on multiple levels. It is about an attorney on an alien world that would like to return to Earth.

WSFS members are permitted to nominate more than one piece per category. I encourage you to nominate as many 2013 short stories as you believe deserve the honor. Last year there was a shortage of short stories nominated, and so there were fewer from which to select for the final ballots.

If you are looking for other possible stories to consider for nomination, at least one place to look is John Scalzi’s blog, Whatever, Leave your message at the Beep, where authors can promote their own or others’ work for nomination. You might find unabashed self-promotion there (not unlike right here, I suppose), and you should also find interesting discussions about pieces, including those that ultimately become the Hugo Winners in their categories. 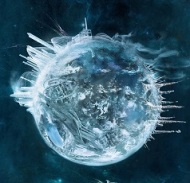 My anti-psychotic field shifts to low-power mode. Sparkling clarity rushes in.
On Brumal, lightyears from Earth, I activate my Pocket Paralegal, Penelope. Her soft voice resonates in my ear. “Yes Mr. Maynard?”
I respond sub-audibly. “The McLeary generator is failing…”

And whether you nominate it or not, I hope you enjoy reading the story and I encourage you to participate in the nomination and selection of the Hugo Winners in 2014.

1 Response to Nominate My Story