After an aggressive series of space programs, the Chinese government has set another ambitious goal: a space station of their own.

The space station will use modules that they have already placed in orbit and have manned for a short time, 15 days.  However, the data collected has proven valuable enough to move forward. 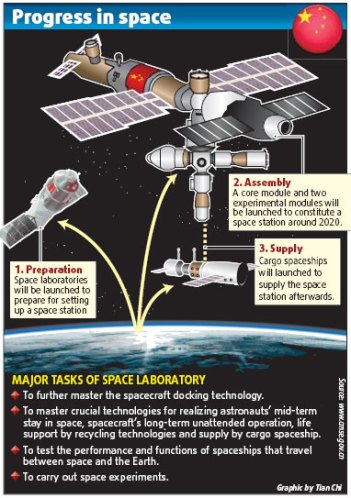 The government acknowledges that China must still master launching cargo and fuel using space freighters and recycling air and water for extended manned missions.  No small feat in the short amount of time that they have set for themselves.  A failure in any one of those systems will spell disaster.

The Chinese still lag pretty far behind the current crop of space nations, but are trying to catch up quickly.  We will have to wait and see if they can successfully accomplish what others have done before.

I am and avid…