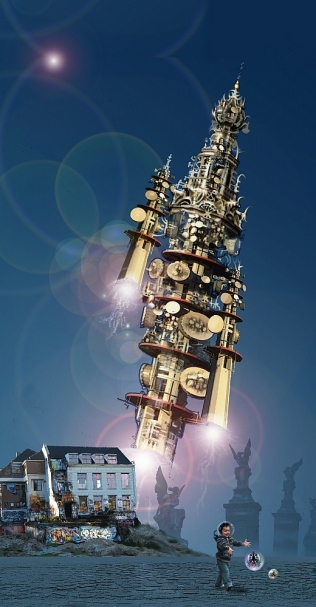 “Jorge Jenson makes his daily commute to the office, while his boy, L. Roy, trains for the for the Interplanetary Soccer tryouts.” Cover by Tais Teng.

The new issue of Perihelion Science Fiction is out today and available to read online for free, including my new short story, “Nickel Stream.” Perihelion is a long-running science-fiction periodical with an impressive tradition. It is now available exclusively online, with short stories, articles, editorials and other features.

This month’s editorial, by editor Sam Bellotto, Jr., is titled “Watching TV and Afraid,” and includes interview comments from author and psychologist, Dr. Ann Gimpel. The beautiful cover art for this issue is by Tais Teng.

“Nickel Stream” takes place at a star mining facility, and features Gina, a legacy star miner, born and raised to extract Nickel-78 plasma from appropriate stars. But there is more to the company and its survivial than just doing a job, and Gina’s loyalties and acumen are both tested by a series of slightly extraordinary events.

The story begins with a tense confrontation:

EVEN THROUGH THE FULLERENE-GLASS filter, the stream of Nickel-78 plasma brightened the work station transition chamber. It was a big leak … bigger than any Gina had seen. It reminded her of the early stories, when solar miners earned their hazardous-duty pay.

She cocked her head and returned her foreman’s glare. “Don’t you think it’s a little too hot out there, Marty?”

“Put … a plasma shell on … and get out there. That valve is not going to close itself.” His face transitioned through shades of red—some common and some as exotic as the filtered horizon that dominated every view from the work platform.

Gina stood firm. She might still have a lot to learn, but this wasn’t the first foremen she’d had to handle. Hell, her father had been a Company foreman. “If the machine can’t do the job, then there’s no way I’m going out there.” She tipped her head and gestured to the viewport. “Would you turn around and look at it?”

The massive quantum-flow coupler spewed N-78 plasma from its broken seam. Probably a jammed meter and stuck valve. A strong clamp would do the trick. It would force the stream through the coupler and into the space time transport vector without a costly shut down. Unfortunately, the loose plasma stream already melted five robot clamps, which Marty considered to be “expensive equipment.” Now he had it up his ass that she would turn the valve manually—a brilliant solution except for the risk of incineration.

It’s not the event, but its fallout, that poses the greatest test of Gina’s resolve.  The entire story is up and available to read, along with ten others, which will remain there for six months. So visit Perihelion and enjoy! 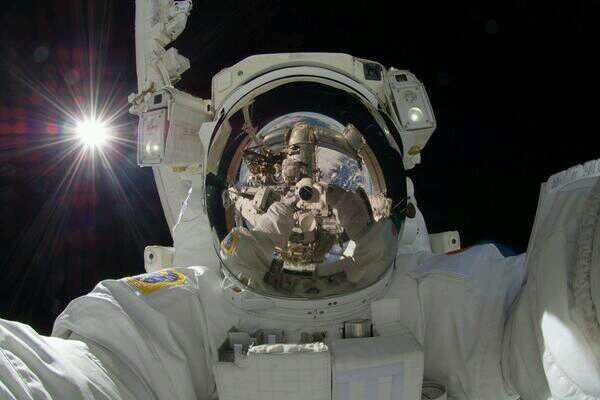