We previously discussed one way of improving our ability to move back and forth between space and the planetary surface–the space elevator. The concept is an engineering project of mammoth proportions which, if things come together and it actually works, would provide endless benefits for humanity.

But the space elevator is a huge project–a project so huge that the logistics alone could render it impossible for human society. We’ve certainly never collaborated on that level in the past. The pyramids and the great wall pale in terms of dedication of resources and the need for global cooperation. So other options–and perhaps better options–are worth considering. One such option is gravity modification. 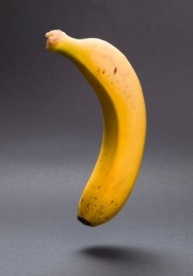 In science fiction, it’s called “anti-gravity.” It’s the notion that gravity can be somehow cancelled and/or reversed in a localized field. Although the concept finds regular use in fiction, it seems far fetched in terms of modern physics. Gravity is everywhere. We’re affected by the Earth’s gravity, the Sun’s gravity, the Milky Way Galaxy’s gravity. We refer to “fields” of gravity, we treat it as a force, and we can map the path of celestial bodies with extraordinary precision based on our mathematical understanding of gravity.

Be that all as it may, we don’t know what it is.

Newton described gravity as a force of attraction between bodies of mass, and the mathematics he applied to that theory has held remarkably true (except in circumstances requiring additional theories, such as dark matter or bent space-time). But why should bodies attract each other? Newton was bothered by this. While his mathematics worked, he nevertheless expressed doubt about the reason gravity works as it does:

“That one body may act upon another at a distance through a vacuum without the mediation of anything else, by and through which their action and force may be conveyed from one another, is to me so great an absurdity that, I believe, no man who has in philosophic matters a competent faculty of thinking could ever fall into it.”

Einstein moved the ball along with his General Theory of Relativity, positing that gravity, which does indeed move two objects together, is not a force, but the consequence of curved space-time. Einstein accomplished so much with his general theory that it is hard to discount that re-characterization of gravity. 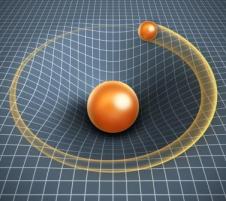 For lay persons today, like me, it isn’t the question of which theory is right or wrong that is intriguing in terms of gravity modification so much as the existence of the mystery itself. That something as pervasive and important as gravity, whose effect can be seen unfailingly on the smallest and largest scales, is caused by something that isn’t understood is more than enough to establish that we have something very important to learn–and that something, once we learn it, may well allow us to become masters of gravity overnight.

There are anomalies and gravitational fluctuations that have been observed, that have been created and re-created, and whose circumstances and parameters are guiding explorations into the nature of gravity today. Research physicists are not ruling out the possibility that gravity may be created without mass, and that gravity caused by mass may be negated or otherwise modified. Humanity has had other paradigm shifts in the past. A gravity breakthrough could be another.

Of course, if it takes more energy to modify gravity than it does to lift mass with rocket boosters, then the breakthrough will be a bit of a bust in terms of planetary ingress and 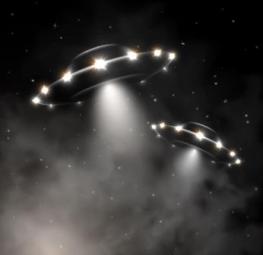 egress. In that case, we’ll be looking instead at cool inventions like flying cars, floating suburbs, and common-place gadgets that let children lift elephants with a pinkie finger–to say nothing of the pocket anti-grav disk I’ll carry the next time my doctor wants to weigh me with his grossly oversensitive scale.

But if gravity modification is cheaper than rocket boosters, then we can expect to be flitting around the galaxy in flying saucers as quickly as industry can be retooled to mass produce the darned things.

This entry was posted in Science and tagged General relativity, gravity, gravity modification. Bookmark the permalink.