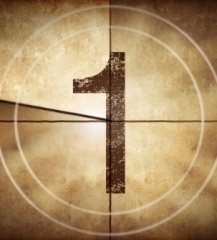 The finalists have been announced for the 2016 Hugo Awards, managed by the World Science Fiction Society (WSFS). There are good selections in the group, and the finalist lists are always a good place to find recent works that others have liked well enough to nominate them as the “best” of the previous year.

In the category of Best Dramatic Presentation (Long Form), the list of movies is very similar to the recent nominees for Ray Bradbury Award for Outstanding Dramatic Presentation, managed by the Science Fiction and Fantasy Writers of America (“SFWA”). One difference between the WSFS and SFWA is that WSFS is an open membership organization including fans, writers and industry professionals, whereas SFWA members are industry writers and professionals that qualify for membership. More can be learned about that at each group’s site. The winners each year are often different. They are both good places to find recommendations for outstanding work in science fiction and fantasy.

The 2016 nominees for Best Dramatic Presentation (Long Form) is a great lineup of movies. Most of these are “must see” works, in my view. The 2016 Hugo Award winners will be announced Saturday, August 20, 2016, at the Hugo Awards Ceremony during MidAmeriCon II in Kansas City (this year’s WorldCon).

Alex Garland makes his directorial debut. Caleb Smith (Domhnall Gleeson) wins a competition to spend a week at the private mountain estate of the company’s brilliant and reclusive CEO, Nathan Bateman (Oscar Isaac). Upon arriving, Caleb learns he’s been chosen to be the human component in a Turing Test–evaluating the capabilities, and ultimately the consciousness, of Nathan’s latest AI experiment, Ava (Alicia Vikander), whose emotional intelligence proves more sophisticated–and more deceptive–than the two men could have imagined.

From director George Miller–fourth adventure in the Mad Max film series. In a post-apocalyptic world, Max (Tom Hardy) teams up with a mysterious woman, Furiosa (Charlize Theron), to try and survive, with the help of a group of female prisoners and a psychotic worshipper.

From legendary director Ridley Scott. During a manned mission to Mars, Astronaut Mark Watney (Matt Damon) is presumed dead after a fierce storm and left behind by his crew. But Watney has survived and finds himself stranded and alone on the hostile planet. With only meager supplies, he must draw upon his ingenuity, wit and spirit to subsist and find a way to signal to Earth that he is alive.

From director J.J. Abrams. Three decades after the defeat of the Galactic Empire, a new threat arises. The First Order attempts to rule the galaxy and only a ragtag group of heroes can stop them, along with the help of the Resistance.