A toroid is a figure shaped like a torus. Common examples abound, such as rings, hoops and doughnuts. It’s an attractive shape for large space vessels, and it appears in numerous science-fiction settings as well as on the drawing boards of space agencies. For a general introduction to large space vessels, CLICK HERE. For an examination of the alternative popular design, cylindrical vessels, CLICK HERE.

The toiroidal design has many advantages, including the simplicity of its physics. The basic idea is to construct an enclosed ring, fill it with atmosphere, and spin it to create the illusion of gravity on the far inside surface of the structure. NASA has been studying the design for a long time, and many of its illustrations from the 1970s are available on its website, including the following:

The above image depicts a fairly large torus suitable for housing a space colony. The idea of a structure this size includes a self-sustaining ecosystem, which, if accomplished, could potentially render proximity to Earth unnecessary.

Smaller scale space stations can also be designed utilizing the structure. In the 1968 classic science fiction film 2001: A Space Odyssey (directed by Stanley Kubrick, screenplay by Stanley Kubrick and Arthur C. Clarke), the fictional Space Station V is a spinning set of rings with artificial gravity created by spin. The exterior of Space Station V look something like the following:

While the interior is depicted as a pristine environment with a curved floor that would circumscribe the entire far inner surface, as shown in this shot of the set:

Interior of Space Station V. Note the upward curve along the corridor.

The 2013 film Elysium, starring Matt Damon and Jodie Foster (TriStar Pictures, directed by Neill Blomkamp) features a toroidal design, with the added feature of an open interior side. The space city, Elysium, is the utopian home of the privileged, while everyone else lives on a ravaged Earth. The trailer provides some great glimpses of the toriodal vessel orbiting Earth.

In fiction, toroidal vessels can become quite large–to the point of constituting structures the size of a planet or greater. A popular example of a very large torus, circling a sun, is the eponymous ringworld in Larry Niven’s Ringworld, which, in 1971, took the trifecta of winning the Nebula Award, Hugo Award and Locus Award for best novel.

Simon Terrey has a very good illustrative rendering of a ringworld on Youtube:

The science fiction Culture series, written by Scottish author Iain M. Banks, features ring-shaped habitats called “Orbitals” that are spread across the galaxy. Banks describes them as resembling “a god’s bracelet” hanging in space. Varying in size and smaller than Niven’s Ringworld (but much larger than a Stanford Torus), Orbitals are nevertheless 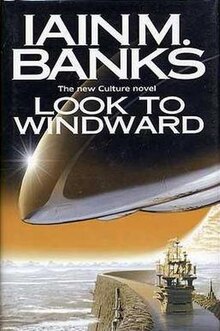 Similarly, “Bishop” rings are a common habitat in the universe of the Orion’s Arm world-building project, with rings of a 1,000 kilometer radius capable of supporting populations in the tens of billions. For images and more information about the differences between a Ringworld, a Banks Orbital, and a Bishop ring, see the Orion’s Arm overview of these habitats at its Encylopaedia Galactica entry HERE.

With respect to these large structures (and also the open-ceiling design of the space city in Elysium) , it seems that one key engineering problem or vulnerability goes to the question of keeping the atmosphere in. Despite their substantial gravity, planets leak atmosphere all the time. A structure that relies on inertia to simulate gravity will find problems keeping the atmosphere in without an enclosed interior surface. There is also the risk of a catastrophic puncture in a side wall through which atmosphere vent rapidly. Better materials than those known at present might be necessary. Force field technologies could be very handy as well.

Scaling back down from Orbitals, Halos and Bishop rings, other examples of enclosed toroidal space stations and ships abound in popular fiction. For instance, the science fiction television series Battlestar Gallactica includes the Zephyr passenger liner.

The PlayStation 2 video game Zone of the Enders, by Hideo Kojima, is also set aboard a Stanford torus-type space station orbiting Jupiter called Antillia Colony. According to its website, the “Taurus-type colony was constructed on the Jupiter moon Europa L5 as a support base for the excavation of Jupiter’s resources. It is the most remote of all civilian outposts, and exists as a residential colony of roughly 100,000 laborers who work to excavate and transport Helium 3 and Metatron resources from the mines.” 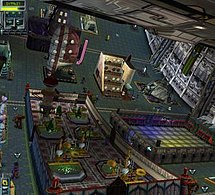 Startopia is a real-time strategy/city-management computer game specifically set in a series of toroidal space stations. In a post-apocalyptic future, it is the player’s goal to rebuild the once-thriving network of toroidal space-stations, each of which is divided into three decks and split into several sections with bulkheads. Its website includes screenshots of the interior of the space stations.

There are many other examples. Overall, it seems these vessels are extraordinarily popular, and their practicality makes them wonderful candidates for science fiction settings, as well as a reasonable direction for research into making human colonization of space a reality.