The Audie Nominations have been announced. I, for one, am a steady audiobook consumer, and I’m always interested in learning what people think are the best in any category. The Audies®, sponsored by the Audio Publishers Association (APA), is the “premier awards program in the United States recognizing distinction in audiobooks and spoken-word entertainment. Publishers and rights holders enter titles in various categories for recognition of achievement. Finalists are selected, and from that group of finalists one winner is awarded.”

Formed in 1986, the Audio Publishers Association (APA) is a not-for-profit trade association that advocates the common, collective business interests of audio publishers. The APA consists of audio publishing companies and suppliers, distributors, and retailers of spoken word products and allied fields related to the production, distribution, and sale of audiobooks.

The awards are granted annually in many different categories, including genres and specific performance categories. For now, let’s look at Science Fiction. Following are the 2017 nominees in that category, with the publisher’s blurb for each selection, with picture links to the works as available at www.audible.com: 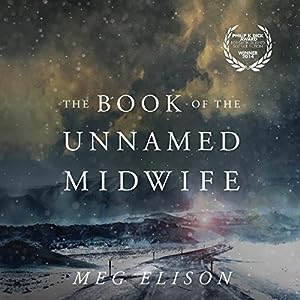 The Book of the Unnamed Midwife: The Road to Nowhere, Book 1
Written by: Meg Elison
Narrated by: Angela Dawe
Length: 9 hrs and 14 mins

When she fell asleep, the world was doomed. When she awoke, it was dead.

In the wake of a fever that decimated the earth’s population – killing women and children and making childbirth deadly for the mother and infant – the midwife must pick her way through the bones of the world she once knew to find her place in this dangerous new one. Gone are the pillars of civilization. All that remains is power – and the strong who possess it.

A few women like her survived, though they are scarce. Even fewer are safe from the clans of men, who, driven by fear, seek to control those remaining. To preserve her freedom, she dons men’s clothing, goes by false names, and avoids as many people as possible. But as the world continues to grapple with its terrible circumstances, she’ll discover a role greater than chasing a pale imitation of independence.

After all, if humanity is to be reborn, someone must be its guide. 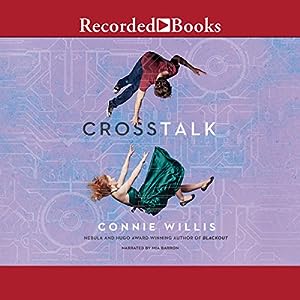 Part romantic comedy and part social satire, here one of science fiction’s most lauded authors examines the consequences of having too much connectivity, and what happens in a world where, suddenly, nothing is private. One of science fiction’s premiere humorists turns her eagle eye to the crushing societal implications of telepathy.

In a not-too-distant future, a simple outpatient procedure that has been promised to increase empathy between romantic partners has become all the rage. So when Briddey Flannigan’s fiancé proposes that he and Briddey undergo the procedure, she is delighted! Only, the results aren’t quite as expected. Instead of gaining an increased empathetic link with her fiancé, Briddey finds herself hearing the actual thoughts of one of the nerdiest techs in her office. And that’s the least of her problems. 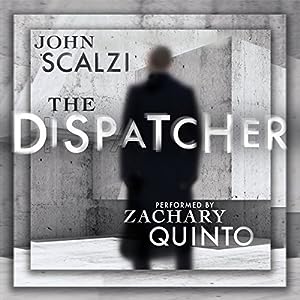 Zachary Quinto – best known for his role as the Nimoy-approved Spock in the recent Star Trek reboot and the menacing, power-stealing serial killer, Sylar, in Heroes – brings his well-earned sci-fi credentials and simmering intensity to this audio-exclusive novella from master storyteller John Scalzi.

One day, not long from now, it becomes almost impossible to murder anyone – 999 times out of a thousand, anyone who is intentionally killed comes back. How? We don’t know. But it changes everything: war, crime, daily life.

Tony Valdez is a Dispatcher – a licensed, bonded professional whose job is to humanely dispatch those whose circumstances put them in death’s crosshairs, so they can have a second chance to avoid the reaper. But when a fellow Dispatcher and former friend is apparently kidnapped, Tony learns that there are some things that are worse than death and that some people are ready to do almost anything to avenge a supposed wrong.
It’s a race against time for Valdez to find his friend before it’s too late…before not even a Dispatcher can save him. 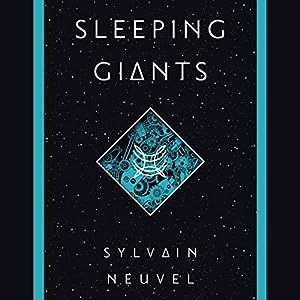 An inventive debut in the tradition of World War Z and The Martian, told in interviews, journal entries, transcripts, and news articles, Sleeping Giants is a literary thriller fueled by a quest for truth – and a fight for control of earthshaking power.

A girl named Rose is riding her new bike near her home in Deadwood, South Dakota, when she falls through the earth. She wakes up at the bottom of a square hole, its walls glowing with intricate carvings. But the firemen who come to save her peer down upon something even stranger: a little girl in the palm of a giant metal hand.

But some can never stop searching for answers.

Rose Franklin is now a highly trained physicist leading a top-secret team to crack the hand’s code. And along with her colleagues, she is being interviewed by a nameless interrogator whose power and purview are as enigmatic as the provenance of relic. What’s clear is that Rose and her compatriots are on the edge of unraveling history’s most perplexing discovery – and figuring out what it portends for humanity. But once the pieces of the puzzle are in place, will the result prove to be an instrument of lasting peace or a weapon of mass destruction? 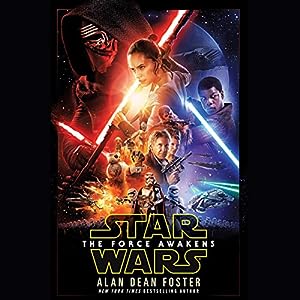 More than 30 years ago, Star Wars burst onto the big screen and became a cultural phenomenon. Now the next adventures in this blockbuster saga are poised to captivate old and new fans alike – beginning with the highly anticipated Star Wars: The Force Awakens. And alongside the cinematic debut comes the thrilling novel adaptation by New York Times best-selling science fiction master Alan Dean Foster.

So return to that galaxy far, far away, and prepare yourself for what happens when the Force awakens.