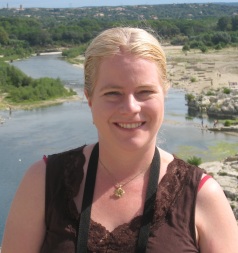 In literature, the majority of characters fall into one of three categories:

While the protagonist and antagonist are often in direct conflict or opposition to each other, secondary characters serve myriads of other functions. They are important to your hero in some fashion and often perform the tasks essential to advancing the storyline.

What do secondary characters do? They—

Too many secondary characters are as bad as too few because they may overwhelm the reader, leaving her dizzy from trying to keep track of the players.  Sometimes during the editing process they are cut back or cut out entirely. Other times, their role is dramatically expanded.

In series fiction, an ongoing cast of secondary characters are an excellent means of engaging the reader. The audience has the opportunity to become familiar with these individuals and wants to find out what will happen to them next. In a fiction series, the heroine of a prior book assumes the role of best friend while another character steps forward to take center stage. The potential pitfall lies in that the author may be tempted to allow the former heroine to take over the current story.

All in all, finding the equilibrium between contributing versus cloying secondary characters requires a deft hand.  Keeping your current protagonist front and center to the spotlight is tricky business. The balancing act between too much and too little is a delicate one, more art than science.

Melissa Snark is published with The Wild Rose Press & as an Indie author with five unique titles: A CAT’S TALE, THE MATING GAME, LEARNING TO FLY, THE CHILD THIEF, and HUNGER MOON. Her Loki’s Wolves series includes THE CHILD THIEF, HUNGER MOON and BATTLE CRY. She lives in the San Francisco bay area with her husband, three children and a glaring of cats. She is a professional cat herder and unrepentant satirist who blogs about books and writing on The Snarkology. Connect at:

Men revere him; monsters fear him. Jake Barrett, the notorious Hunter King, values loyalty to family and followers above all else. When the daughter of his closest ally murders Daniel, his oldest son, it sets off a chain reaction of violence and destruction that claims the lives of both wolves and hunters. Determined to avenge his son, Jake seeks the truth at any cost.

After losing her lover and then her mate, Victoria Storm simply wants to get on with building a new life in Sierra Pines, California. A vengeful Jake Barrett and his organization aren’t going to make that easy, especially with the unwelcome attraction between her and the Hunter King’s second son. Perils beyond the mortal coil plague Victoria.

When the Norse Fates predict Victoria will destroy the world, her duties as a priestess of Freya come into conflict with her responsibilities as a Valkyrie of Odin. When they tell her she will do it to save her unborn child, she’s not so sure they are wrong.

Sawyer Barrett has been trying to kill Victoria for so long, he doesn’t know whether he loves her or hates her. Desperate to end the war, he’s willing to take chances with everything–except his heart. The hunter harbors a deadly secret he can’t reveal without risking the ceasefire and his life.

At Sawyer’s urging, Victoria agrees to peace talks with Jake. All the while, an ancient vampire plots the destruction of wolves and hunters alike. If the embittered rivalry between hunters and wolves doesn’t end—and fast—there is no hope for Victoria’s pack… or for their world.

2 Responses to Secondary Characters: More Than Just a Pretty Face