Developing Views About the Origins of Agriculture

HEARTS IN RUIN explores the mysteries of the paleolithic in a fiction setting about archaeology. In the novel, evidence of a culture predating known Stone Age cultures is uncovered at a controversial site.  In the meantime, real-world Cambridge University researchers have announced the recovery of ancient DNA from a 36,000-year-old skeleton, the second oldest skeleton from which genetic material has been extracted successfully. They conclude the following three things from the DNA:

It seems that Homo Sapiens originated at least hundreds of thousands of years ago in Africa before expanding and moving north toward the Middle East where so many of the earliest remains are found, along with the remains of early cultures before humanity expanded world-wide, apparently on the onset of the last Ice Age around 30,000 years ago.

“That there is continuity from the earliest Upper Palaeolithic (Late Stone Age) to the Mesolithic,  (a cultural period between the Palaeolithic and the Neolithic or New Stone Age), across a major glaciation, is a great insight into the evolutionary processes underlying human success.” (Dr Marta Mirazón Lahr, Cambridge’s Leverhulme Centre for Human Evolutionary Studies. and co-author of the study)

Works by other geneticists, archeologists and anthropologists focus on regions from the Nile Delta to the Fertile Crescent. Also, geneticists are confident they have identified a genetic “Adam,” based on analysis of a universally common Y chromosome, and a genetic “Eve,” based on human mitochondrial DNA. 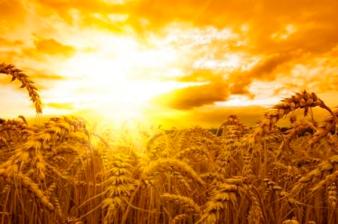 It is largely believed that humanity consisted of Stone Age hunger gatherers 36,000 years ago, all with black skin but some having blue eyes, taking food and creating tools as they could be found before humanity discovered that it could cultivate plants and domesticate animals. That paradigm-shifting innovation appears from the evidence to have happened about 8,000 years ago. As we know, agriculture created surplus, which permitted a stable, settled life that promoted the development of modern civilization (for better or worse) with government, architecture, the arts and eventually writing, which further changed humanity, probably forever. Learn more about these findings at THIS LINK.

This entry was posted in Science and tagged Ancient DNA, Human, Upper Paleolithic. Bookmark the permalink.